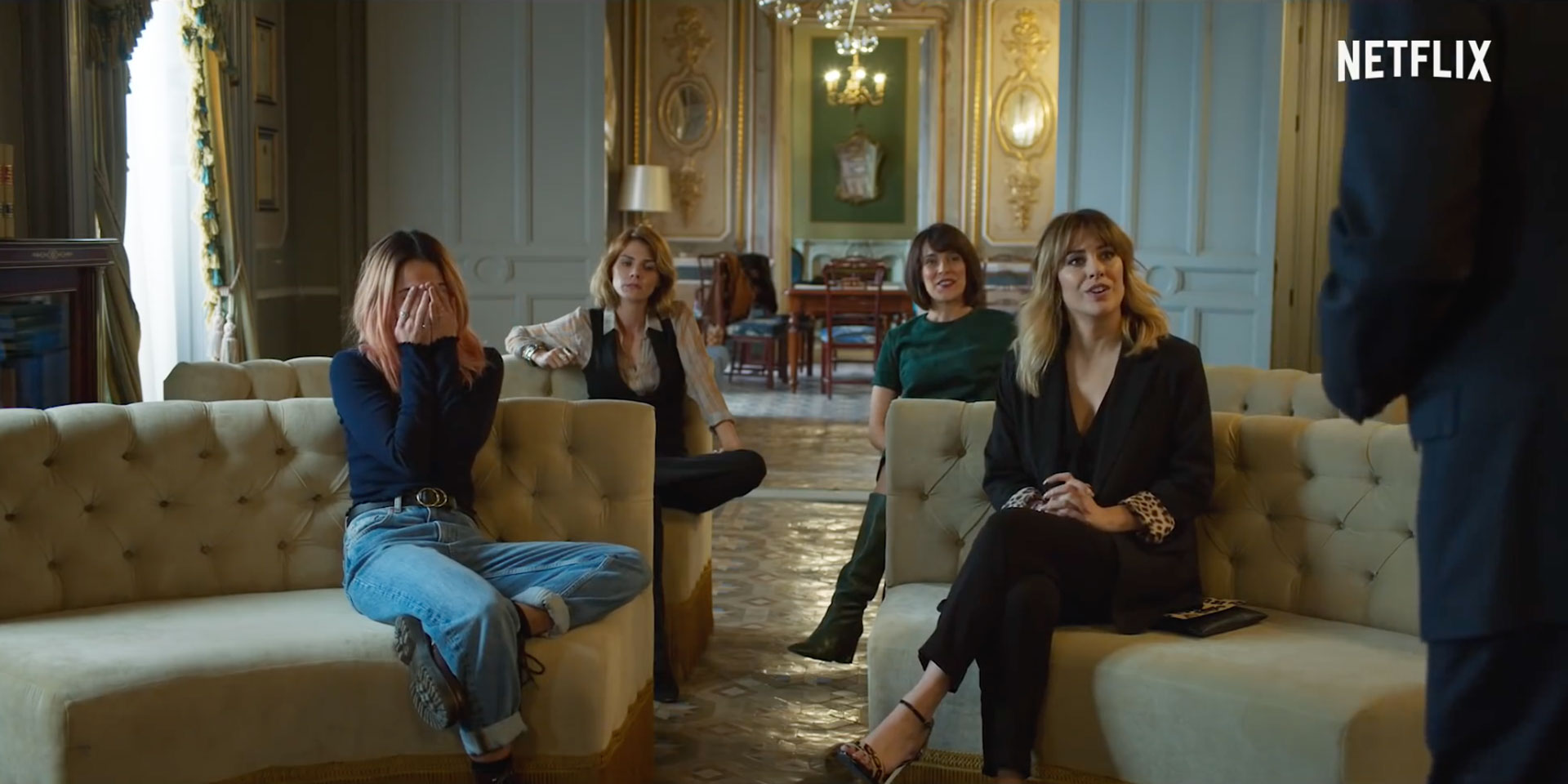 ► Despite Everything Official Trailer

Gabriela Tagliavini is an award-winning filmmaker who has directed 7 feature films. She recently directed a film for Netflix, “A Pesar de Todo” (“Despite Everything”), which was released in 190 countries and 18 languages on May 4, 2019.  In 2018, Gabriela sold a TV pitch to Amazon Studios to develop her own TV series entitled “My Problem With Women,” produced by former NBC topper Ben Silverman.

Her previous film “How To Break Up With Your Douchebag” (“Como Cortar a tu patan”) opened #1 in the box-office in Mexico, topping “Blade Runner.” For this film, Tagliavini was nominated for Imagen Awards for Best Director and Best Picture of the year. She was the only female director to be nominated in the category, which also included Guillermo del Toro’s “Shape of Water” and Disney’s “Coco”.

Her previous film “Border Run” starred Sharon Stone, Miguel Rodarte, Manolo Cardona and Billy Zane. It was produced by Anchor Bay and Starz with Voltage Pictures handling international sales. For this film, Gabriela Tagliavini was also nominated for Best Picture of the year at the Imagen Awards.

Tagliavini also directed and wrote “Without Men,” starring Eva Longoria, Kate Del Castillo and Christian Slater, which was sold worldwide (in 30 countries) and had a theatrical release in the U.S.  Her TV movie, the Viacom/VH1/MTV/Maverick feature “30 Days Until I’m Famous,” premiered on VH1.  It starred Sean Patrick Flanery and Carmen Electra and was executive-produced by Madonna.

Gabriela’s film “Ladies’ Night” (distributed by Disney/Buena Vista) was the #1 movie at the box office in Mexico for the year 2004. It won three MTV Latin Movie Awards. Its soundtrack released by Sony went platinum. For her directorial debut, “The Woman Every Man Wants” (aka “Perfect Lover”), Tagliavini won the Best Director award at 3 international film festivals including the New York Independent Film Festival and the Munich Film Festival in 2001. It premiered at the A-list Festival of Mar del Plata, Argentina in the Official Selection.

In television, Tagliavini recently helmed a pilot and 2 episodes of a half-hour comedy series “Claramente” for the platform Claro Video. She previously directed an 8-camera live show, “Comedy Rehab,” for Comedy Central, and wrote the pilot “My Exes” for Televisa (Latin America’s biggest network). Also she won the prestigious ABC directing fellowship program.

As a screenwriter, she wrote the English remake of the prestigious Luis Buñuel’s film “Belle De Jour” and adapted the best-selling novel “The Anatomist” for by HBO Films. She is also a renowned author and had two novels published, “The Colors of Memory” and “Recuerdos de Milagros,” that received critical acclaim in the press.

Gabriela Tagliavini was selected for the Sundance and WIF’s Women Initiative. She was honored with a “Life Achievement” award from the Baja Film Festival. She received a Bachelors Degree in film directing and a Masters Degree in screenwriting from the prestigious American Film Institute (AFI). She is represented by CAA and Shooters Films for commercial work.